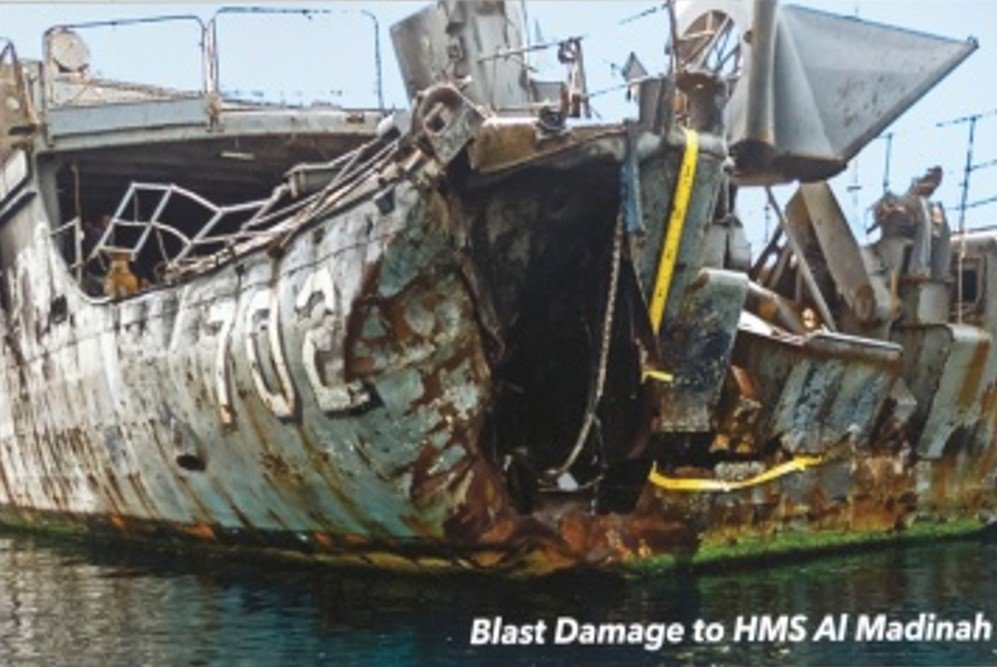 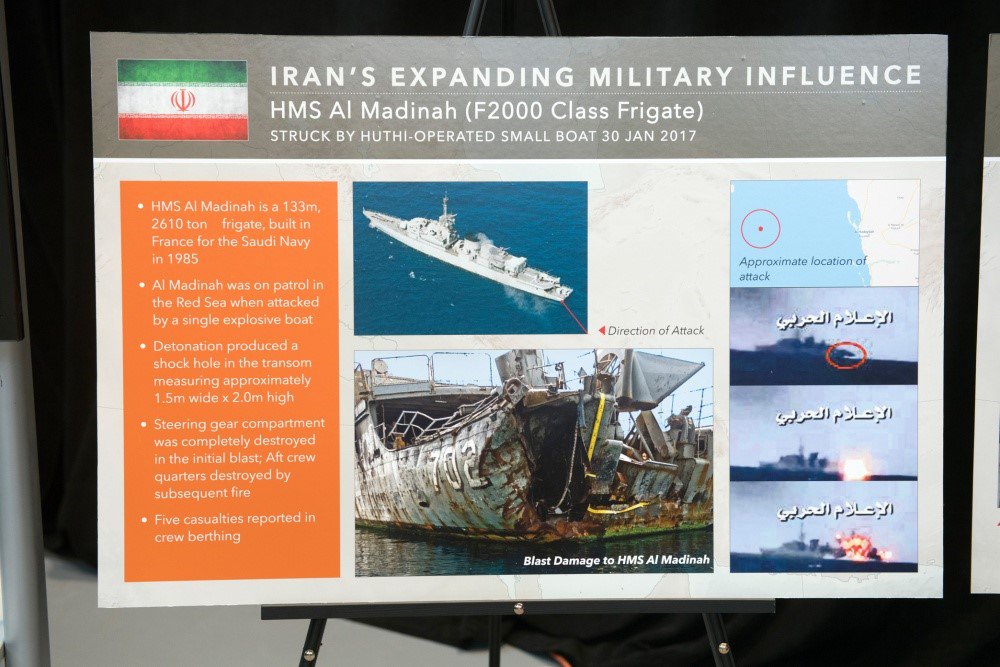 Houthi forces have captured a U.S. Navy research unmanned underwater vehicle off the coast of Yemen, according to a video released on Monday.

In the video posted online by local media on Monday, four men described as members of the “Houthi Navy” in dive gear are surrounding what appears to be a REMUS 600 UUV with the name “Smokey” printed on the body. According to the AMN News web posting, the Houthis discovered the UUV within the past week somewhere off the coast of Yemen.

The UUV, branded with the logos from manufacturer Hydroid and parent company Kongsberg, was a passive system being operated by the Navy as part of a meteorological study, a U.S. defense official told USNI News on Tuesday.

The video claimed the craft was operated by the Saudi coalition, which has been fighting the Houthi Yemeni separatist group since 2015.

U.S. Navy officials in Washington and at U.S. 5th Fleet would neither confirm whether if the REMUS 600 belonged to the service nor provide details about any unmanned underwater vehicle missions in the region when asked by USNI News.

The REMUS 600 is between 9 and 18 feet long, depending on the mission and payload, and can travel at about 4.5 knots, according to online fact sheets from Kongsberg Gruppen, the manufacturer. REMUS 600 was initially developed in 2003 through a partnership with the U.S. Navy and the Woods Hole Oceanographic Institute.

While other countries and a few corporations such as oil and gas exploration firms own REMUS 600 UUVs, Gettinger said they’re not common. The REMUS 600 isn’t cheap, with a sticker price of about $1 million each, he said, plus add-on kits for specific missions.

Typically, the most common Navy uses for a REMUS 600 are mine countermeasures and intelligence, surveillance, reconnaissance and target acquisition (ISRTA), Gettinger said.

A screen capture of the UUV showing the word ‘Smokey.’

What makes the REMUS 600 so useful for the Navy is its payload and ease in deploying. Gettinger said it typically only requires a patrol boat to put a REMUS 600 in the water.

Once underway, he said the REMUS has about 20 hours of operational use before it runs out of power and needs to be recovered. Gettinger guesses the UUV surfaced when its mission ended and was found by the Houthis before it could be recovered. In the future, he suspects such incidents will become more common as more unmanned underwater vehicles are launched near busy waterways.

“Underwater drones are not as frequently spoken about as UAVs (unmanned aerial vehicles),” Gettinger said. “But there’s a recognition, particularly in China and Russia, these will be a part of a future fleet.”

In 2016, a People’s Liberation Army Navy seized a U.S. Navy buoyancy glider that was operating in the South China Sea, claiming it was a hazard to navigation. The PLAN ultimately returned the gilder to the U.S. Navy.

The station gave no further details. There were no reports of casualties or damage.

On February 8, an unnamed Yemeni officer told the Yemeni al-Masirah TV that the Yemeni Air Defense Force and the Missile Forces [both allied with the Houthis] conducted a joint operation and destroyed a MIM-104 Patriot PAC-3 air defense system of the Saudi-led coalition in the coastal town of Mocha in the southwestern province of Taiz.

The group also fired other types of missiles at airports in the southern Saudi cities of Abha, Jizan and Najran, according to the SABA report.

President hopes for Russia's role in stopping aggression on Yemen писал(а):SANAA, July 19 (Saba) – President of the Supreme Political Council, Mahdi al-Mashat, on Thursday expressed his hope that Russia would have a prominent role in stopping the aggression and lifting the siege on Yemen.

This came in the president's letter he sent to the Russian President, Vladimir Putin, within the framework of strengthening bilateral relations with friendly countries.

The letter dealt with several aspects of interest to both countries, especially the developments in the aggression against Yemen and the military escalation by the Saudi-led coalition countries in Yemen's western coast.

The letter reviewed the malicious objectives of this aggression and the policy of spreading chaos in Yemen and the region to serve the western projects and American specifically.

It affirmed that the western coast battle led by the UAE to control the port and city of Hodeidah is only part of the plot against Yemen and the region countries to tighten control over the islands, ports and vital navigation straits in the world.

In his letter, President al-Mashat confirmed Yemen's keenness to achieve peace and to support any efforts or moves that enhance the chances of peace in Yemen.